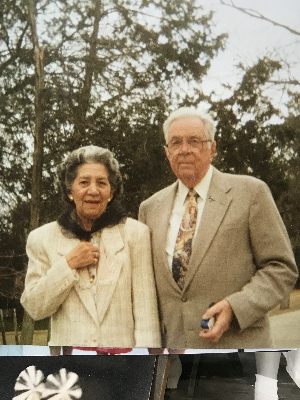 In January 2001, my grandpa Archibald Phillip Samuels III passed away from Alzheimer's disease. Archie had a distinguished career in the United States Air Force for over 30 years and retired with the ranking of lieutenant colonel. He was a bombardier in WWII and flew B25 and B29 airplanes. He was awarded the distinguished flying cross award and the soldier's medal for heroism. Throughout his career he was stationed at strategic air command (SAC) headquarters in Omaha, NE where he worked on the missle program. He then spent 5 years after WWII working at the pentagon.

Archie was diagnosed with Alzheimer's in 1997 and passed just 4 years later. While I lost him when I was quite young, I have memories of visiting him every single week in the hospital during his last few months with my mom, and that is something I have held onto dearly. I think of him each and every day and remember him for his courageous service and the way he loved his family so dearly. I chose to run the Chicago Marathon in honor of his life and to help find an end to the disease that took him.

Please support my efforts by making a donation. All funds raised benefit  the Alzheimer's Association and its work to enhance care and support programs and advance research toward methods of treatment, prevention and, ultimately, a cure for Alzheimer's disease.  Thank you for joining the fight against Alzheimer’s disease and all support in any capacity is so appreciated.