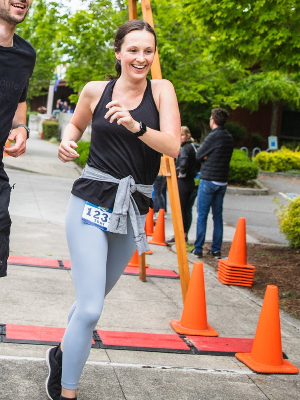 When signing up for this race, I chose the Alzheimer's Association to fund raise for because my family has been personally affected by the disease.

My Grandfather, Paul Voelker, passed away on November 15, 2015 of Alzheimer's at the age of 83. He was diagnosed with Alzheimer's and dementia 8 years before he passed away. Some days were better than others, post-diagnosis, but as this awful disease took over more parts of his brain, it became increasingly difficult for him to remember me or our family members closest to him during the last few years of his life. It is one of the most heart wrenching diseases for this reason and caused a real strain on my family, especially my Grandmother, who outlived him for several years.

It would mean the world to me if you can help me reach my fundraising goal by making a donation. All funds raised benefit  the Alzheimer's Association and its work to enhance care and support programs and advance research toward methods of treatment, prevention and, ultimately, a cure for Alzheimer's disease.

Thank you for joining me and my family in the fight against Alzheimer’s disease!