Make a general donation to the 2022 Walk to End Alzheimer's - Queens, NY 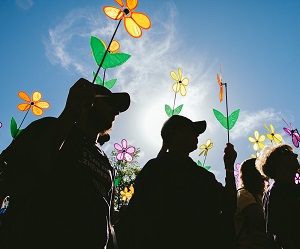 Team page of We Walk for Steven

We are walking to honor and celebrate the memory of Steven Lesser; a father, son, husband, brother, and friend. Steven passed away almost thirteen years ago to early-onset Alzheimer’s disease at only 56 years old. Alzheimer's took just about everything from him. He was brilliant, but could not longer articulate his thoughts. He was a woodworker, but he lost the ability to use tools safely. He was adventurous, but could no longer find his way if he left the house. He was an avid hiker and bike rider, left in a three+ year vegetative state. The one thing it never took was his kindness. After having to leave work at 49 due to his illness, he started volunteering. He kept volunteering until he couldn't anymore. Losing my dad has inspired me to join the fight against Alzheimer’s.

Together, we can end Alzheimer's disease. Please join me in showing your love for Steven by joining my team or making a donation to advance the care, support and research efforts of the Alzheimer’s Association.