Tony Smith is fundraising for Alzheimer's Research , CARE AND SUPPORT 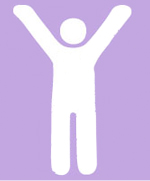 By participating in this event, I've committed to raising awareness and funds to advance the care, support and research efforts of the Alzheimer’s Association®.

I have personally scene the effect this disease has had and is still having on family members. When I was in my early twenties, my grandfather suffered from this horrible disease. It started with forgetting simple things to toward the end when he did not even know who I was. It was as if I was a stranger who just walked in from off of the street. I never went to see him again after that. A decision I still regret. His oldest son, my uncle also suffered from Alzheimer’s. My wife’s aunt was diagnosed in her mid-sixties and passed away due to its effects.. The minimum goal to ride in this event is $500. I have personally contributed this amount. So any amount you donate will go directly to the Alzheimer’s Association and not funding my ride. My ride is to raise awareness and to raise support.