Susan A Edwards is fundraising for Alzheimer's Research 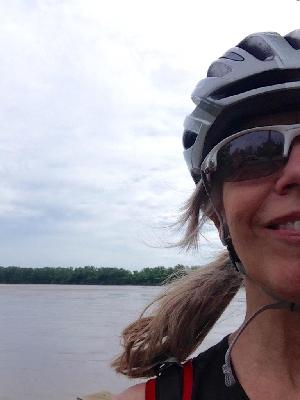 Why I'm riding: My dad, the second youngest of 13 children, died with the disease. Years earlier, he had witnessed the slow decline of his older brother from Alzheimer's.

Proud of his work as research scientist, my dad feared that Alzheimer's was his destiny too. So, in his 50's he volunteered to be part of a long-term "Memory and Aging" study at Washington University in St. Louis. His brain function was studied while he was alive, and after he died at 89, his brain was autopsied by the university to help further scientific understanding, prevention, and treatment of the disease.

My dad--and mom, gave me a great love of exploring the outdoors, including championing my bike riding, so this ride to raise funds for the Alzheimer's Association would make them happy.

More than 6 million Americans live with this disease, and over 11 million family members and friends provide them with care.

My mom and sister cared for my dad while it was feasible. They did it with kindness and often with humor, diffusing my dad's agitation over the surreal situations his brain was conjuring. This ride is for them, too! And all of the caregivers, family members, and friends affected by watching loved ones struggle with Alzheimer's.

Right now, there is no shortage of ideas in Alzheimer's research -- only a shortage of dollars. Which is why I am asking for your support. Thanks so much!
View More