The Alzheimer's Association, Vermont Chapter is the largest group in advocating on behalf of those living with Alzheimer's disease.

For More information on your Congressional and Legislative districts, elected state officials and the status of state bills, please visit the Vermont State Legislature website.

State Alzheimer's disease plans create the infrastructure and accountability necessary to confront the sweeping economic and social impact of this disease. By bringing together essential stakeholders — such as state agency officials, legislators, care providers, family caregivers, and people with Alzheimer's — the state planning process is able to identify critical issues, explore solutions, and construct a roadmap to guide a state's development into a dementia-capable state. For more information on the Vermont Alzheimer's State Plan, please click to view this PDF document.

Vermont’s Governor’s Commission on Alzheimer’s and Related Disorders was established in 1991 to provide leadership on public health policy and coordination to identify and address the needs of those with Alzheimer’s and related disorders, and their caregivers and families. For more information please visit this website.

What is the BRFSS?
The Behavior Risk Factor Surveillance System (BRFSS) is the world's largest continuous public health survey, conducted annually in all states and U.S. territories as a partnership between the Centers for Disease Control and Prevention (CDC) and state departments of health. The BRFSS asks questions about health behaviors, access to care, and other health related topics and provides state-specific information.

What is the BRFSS Cognitive Module?
The module asks the respondents about "confusion or memory loss that is happening more often or is getting worse" in the past 12 months, and thus captures subjective cognitive decline (SCD) that is more frequent or worse over time. If a respondent answers "yes" to this question, other questions from the module are asked to help understand whether cognitive decline affects the work and function, and what kind of assistance the individual needs.

Why did the name change from "Cognitive Impairment" to Cognitive Module?
The Cognitive Module was formerly called the "Cognitive Impairment" Module. In the years since the questions were developed, new diagnostic criteria for Alzheimer's disease were released that included the diagnosis of mild cognitive impairment (MCI). To avoid confusion surrounding the word "impairment" - and to ensure that the results of the BRFSS survey are in no way interpreted as indicative of medical diagnosis - the name of the module was changed, and it is more accurate to characterize the data as reflecting subjective cognitive decline, not impairment.

What is meant by subjective cognitive decline (SCD) and why is it important?
The Cognitive Module does not - and was never designed to - measure the prevalence of MCI or Alzheimer's disease. Instead, the module measures the prevalence of people who may be early in the "continuum" of Alzheimer's and other dementias - that is, individuals who in the previous 12 months self-report that they have experienced memory loss or confusion that is happening more often or is getting worse, some of whom have even started to have difficulties as a result of their memory problems. Not all of these individuals will go on to develop Alzheimer's or another dementia or even MCI. But, with worsening memory problems being one of the first warning signs of Alzheimer's - and with SCD being increasingly seen as a risk factor for future dementia - this data provide a snapshot of the potential future crisis, allowing states to plan for future needs. 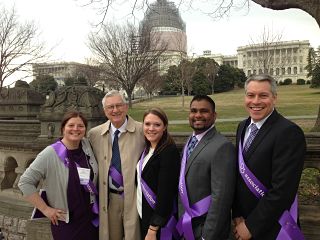