The Alzheimer's Association, Eastern North Carolina is advocating on behalf of those living with Alzheimer's disease and dementia in our area.

Charlotte Rosenberg
Advocate of the Year, 2016

“I became convinced that we must find a cure for this terrible disease and that is the goal that keeps me dedicated to the advocacy role.“

The Alzheimer's Association Eastern North Carolina chapter has named Charlotte Rosenberg as Advocate of the Year for her outstanding work with the chapter.  Charlotte has worked tirelessly to as an advocate for Alzheimer's disease and is a tremendous help with the Wilmington Walk to End Alzheimer's. 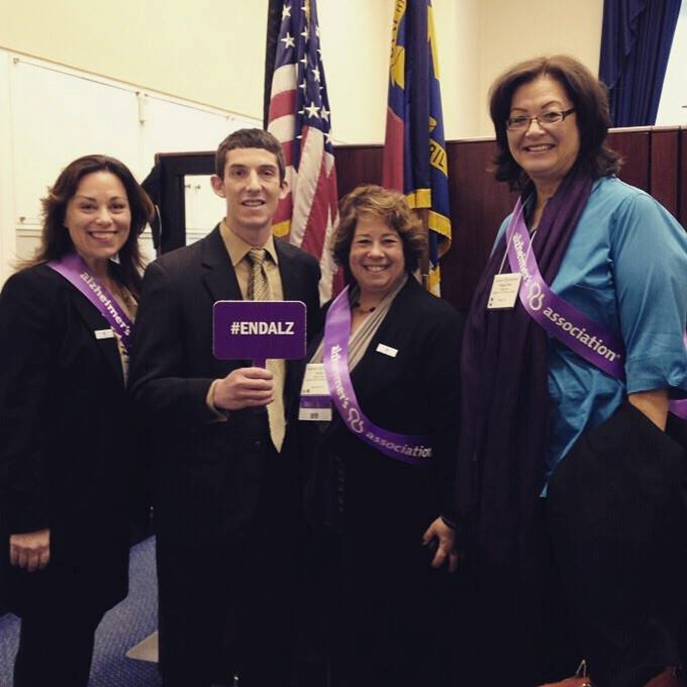 Congressional Team Members are Ambassador-led teams who work directly with Association staff to implement federal advocacy activities directed toward members of Congress.  They complement the strengths of the Ambassador while sharing the workload. They also, develop and cultivate trusted relationships with their assigned congressional office through ongoing, personal contacts.  At the state level, Team Members participate in in-district visits and drop-by visits where they provide information about ongoing state issues and information and education about Alzheimer’s disease as well as the Association. These visits complement the ongoing federal advocacy work